Put the diverse species of the galaxy at your fingertips with Starfinder Alien Character Cards! Whether you’re a player who wants an easy reminder of your character’s racial traits or a Game Master looking to quickly populate a cantina on a distant world with strange science-fantasy aliens, this deck of 55 double-sided cards features beautiful, full-color art and PC-focused rules references for more than 50 playable species, including five new species never before seen in Starfinder. Additional cards present fun and imaginative hooks to help you create characters that everyone is sure to remember for many sessions to come!


- The Starfinder galaxies swarm with species, but quickly populating a world with them often takes work and inspiration. These cards provide plenty of both, speeding up the game for players and Game Masters!
- Quick rules reference for important player character alien rules reduces time otherwise spent flipping through Alien Archives in search of an elusive modifier.
- Starfinder is Paizo’s second major roleplaying game, following up the phenomenal success of the game-changing Pathfinder RPG. 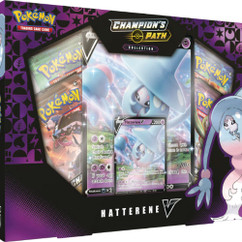