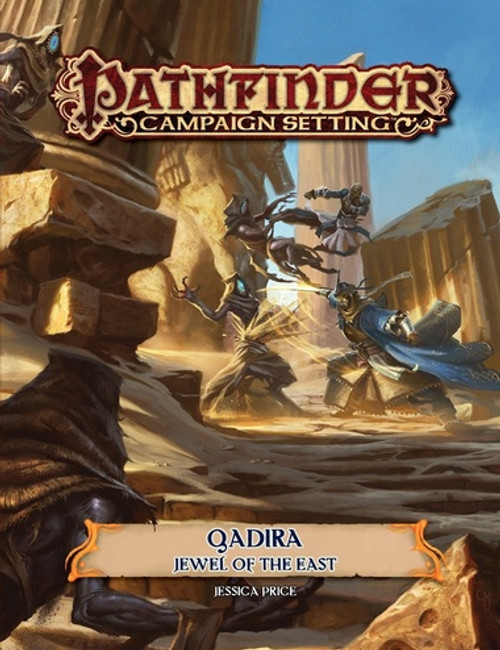 Glories of the Dawn

Sprawling along the eastern shore of the Inner Sea lies Qadira, one of the mightiest nations of the region. Itself merely the westernmost tip of the vast Padishah Empire of Kelesh, Qadira has long stood as a bastion of culture and faith for humanity. Great dangers and wondrous opportunities for adventure await within this storied land—those who visit Qadira are well-advised to prepare for their journey!

Inside this book, you'll find:

Pathfinder Campaign Setting: Qadira, Jewel of the East is intended for use with the Pathfinder campaign setting, but can be easily adapted to any fantasy world.