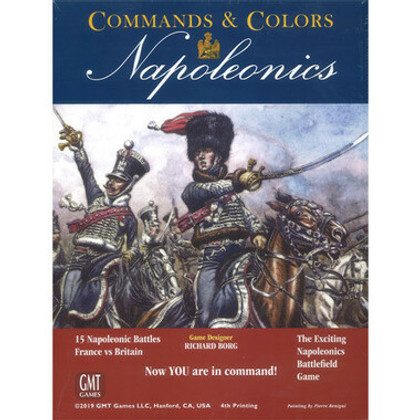 Commands & Colors: Napoleonics is based on the highly successful Commands & Colors game system, where the Command cards drive movement while creating a fog of war. The battle dice resolve combat quickly and efficiently. Commands and Colors: Napoleonics introduces many new game concepts which add historical depth and will provide even the most veteran player many new experiences and challenges.

The scale of the game fluctuates. In some scenarios, an infantry unit may represent an entire division, while in others a unit may represent a single regiment or battalion. The Napoleonics tactics you will need to execute to gain victory conform remarkably well to the advantages and limitations inherent to the various Napoleonic National Armies of the day and the battlefield terrain features on which they fought.

The battles showcased in the scenario book focus on the historical confrontation between the British and French armies. The stylized battlefield maps emphasize the important terrain features and highlight the historical deployment of forces in scale with the game system.

- Due to the nature of weaponry, ranged fire is now much more effective. Many battles will be won or lost before units close to melee.

- As most units suffer losses, the number of battle dice they can roll decreases. Force preservation and timely commitment of reserves will prove crucial here.

- Units reduced to single blocks may not be able to battle due to terrain dice restrictions.

- Units in this core game (except militia) retreat one hex per flag.

- One or more ordered artillery units and an ordered infantry or cavalry unit may combine their battle dice in a Combined Arms melee attack.

- Cavalry may retire and reform when attacked in melee by infantry.

- Victorious cavalry in melee may breakthrough and engage in bonus melee combat.

- Terrain plays a major role in many battles.

- Each major power that fought in the wars of Napoleon has its own National Unit Reference Card. The reference card details unit strengths and any special  national advantages the army had during the period. 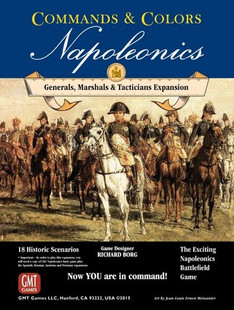 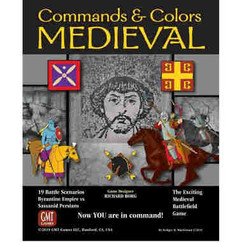 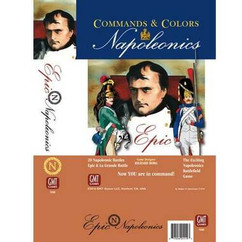 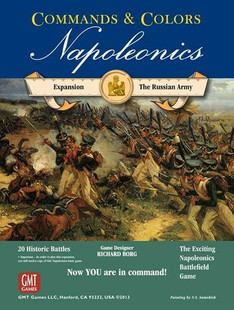 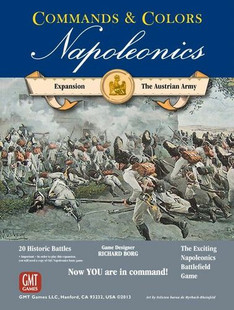 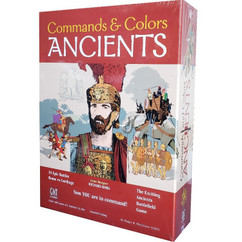