Jackals RPG: The Fall of the Children of Bronze (PREORDER)

Jackals RPG: The Fall of the Children of Bronze (PREORDER)

An epic campaign for Jackals, the sword & sorcery roleplaying game set in a Fantasy Bronze Age inspired by the legends and cultures of the ancient Near East. The Fall of the Children of Bronze is a grand campaign for Jackals, and includes 14 adventures spanning 9 years. Players will explore the ancient myths and legends of the War Road, from the bustling streets of Ameena Noani in the north and Sentem in the south, to abandoned temples in the wastes, and caverns deep within the earth. They will encounter beings and powers from the past - ancient but far from dormant - and come face to face with the hidden hand that would the Law of Men torn down and chaos brought to the Zaharets. 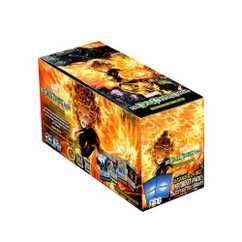