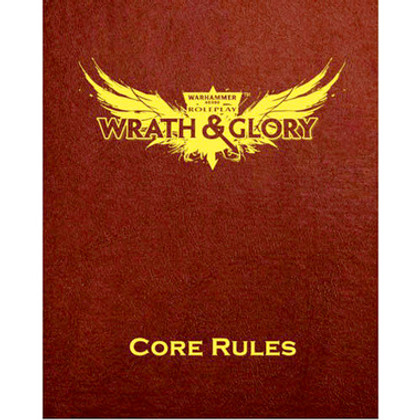 This is the core rule book for the Wrath & Glory RPG, presented with a beautiful leatherette cover perfect for collectors. The core rules contain everything you need to play Wrath & Glory, including a wide array of character creation options, allowing players to take on the roles of Imperial, Eldar, Ork, and Chaos characters in the universe of Warhammer 40,000.

Roleplaying in the Grim Darkness of the 41st Millennium.

This accursed age needs heroes more than ever before. Shattered by the Great Rift, the Galaxy is on the brink of oblivion and madness. There are those who fight for a shred of Hope, a glimmering promise that this millennium may yet endure.

What will you fight for? What will you sacrifice? Enter a galaxy full of danger and mystery, plagued by the star-spanning schemes of the dark gods. You will defend the last bastions of civilization against a rising tide of corruption. You will explore ancient ruins of races long vanished. You will uncover lost secrets and devious schemes.
This is a game of danger and mystery. This is a game of action and adventure. This is a game about the struggle to hold back the doomsday clock from striking midnight for an entire galaxy.

This is your story of Wrath and Glory.
Contained within this book are 32 different character archetypes, rules for savage combat, psychic powers, and plenty of wargear and vehicles. An extensive game master section provides guidance on running many different types of campaigns using Wrath & Glory, and the final chapter includes a bestiary of dozens of enemies to use in your games. 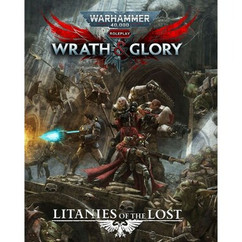