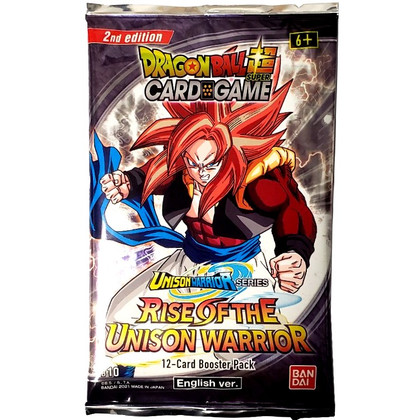 *Please note, the very printing of this product and its specific details are not finalized, and are to be determined based on distributor order numbers and feedback. We will update our community on any decisions once we are able to do so. Thank you for your understanding regarding this product proposal.

Product is brand new/factory sealed.  Minor imperfections in shrink wrap and product packaging may occur and does not qualify for a replacement.

Unison Warriors are powerful allies you can summon to fight alongside your leader, and they've emerged from every dimension!

You can determine the ultimate dream pairing of warriors! Many characters will make their. Dragon Ball Super Card Game debut! Amazing new strategies will emerge, with Unison Warriors set to power up both new and old leaders! Players will love exploring new combinations and unlocking the full potential power of previously released sets!

New Card Type "Unison Card" Debut!
For the first time in DBSCG history, a new card type makes its debut!
Played from the hand like a "second leader card", this card has powerful skills and will be sure to turn the tide of battle! Summon a mighty warrior from another dimension and fight with your two leaders! 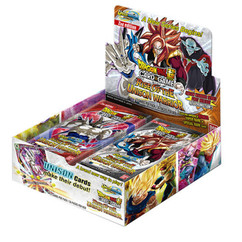 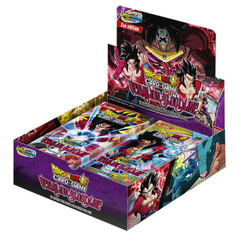 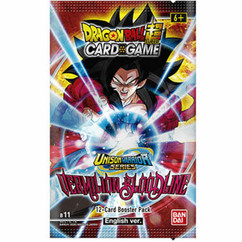 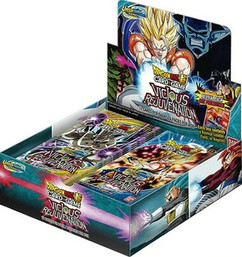 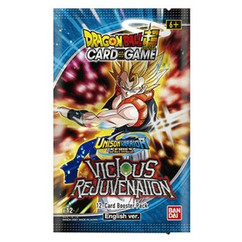 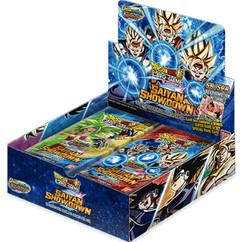 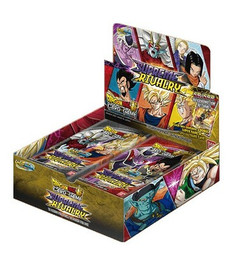 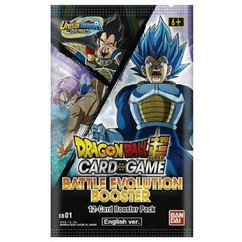 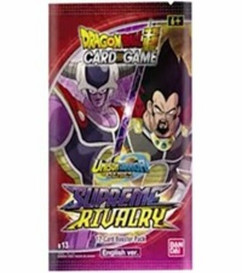 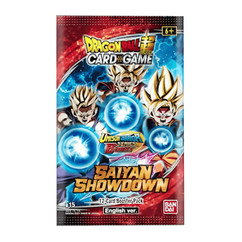