Thanks to the Celestia: A Little Initiative expansion, you can leave the aircraft using the rowboat. With a single space, you'll have to be the quickest to embark, but is traveling alone such a good idea? This is the second expansion set for Celestia. It contains a 3D rowboat and new special cards. With this expansion pack you can now play Rowboat cards to continue on your journey alone - victory without risk brings triumph without glory!

The Rowboat captain faces the challenges alone. Each vessel (Aircraft and Rowboat) has its own die roll 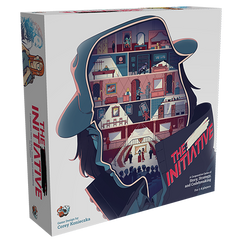